I came across an article a few weeks ago that detailed a scenario I think most of us have seen by now (mainly on Twitter). One female recruiter shared her experience with a female candidate interviewing and ultimately being selected for one of her roles on Twitter. 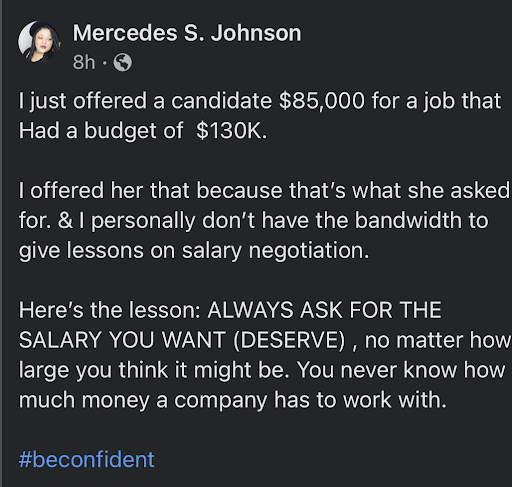 The recruiter tweeted the account, clearly with a sense of justification for offering the candidate a salary that was $63,000 below the available hiring budget of US $130,000.

There were lots of opinions shared on this scenario, after the tweet’s viral spread, including my own. But, beyond opinions, the tweet reminded me of just how much more we as women can and should be doing together to advance the greater community of women in our own capacity. Particularly across generations.

For Women’s History Month, I would like to challenge us as women to no longer allow the differences and barriers that exist between generations of women to prohibit the advancement of us all as a whole.

Boomer vs. Xer vs. Millennial vs. Gen Z

Did you know that the first attempt to organize a national movement for women’s rights dates back to 1848? One would think by now, on the heels of the ‘me-too’ movement, all living generations of women would recognize the need to support each other—especially in the workplace. However, time and time again, I see older, more experienced women letting their past experiences, grievances, limitations, and jealousies override reason and even their desire for collective gender equity, inclusion and belonging. I also observe young women passing judgment, missing opportunities for wisdom and mentorship, and being seemingly unappreciative of those who’ve come before them and paved the way.

Each generation of women is experiencing a slightly different workplace. Our thoughts, behavior, expectations, and definition of “normal” therefore looks different. There are 3 areas where we can observe this in real time.

Younger generations of women have a more heightened sense of awareness about their mental health and the need to make it a top priority. Head-on, they tackle issues that impact their mental health with boldness and commitment, while older women may not. Some may say those older women did not have the privilege of doing so. They were expected to ignore the signs, suppress their feelings, and ultimately deny any challenges with mental health for mere survival at times—especially in the workplace.

This one generational difference alone can create friction, unfair judgment, malicious treatment, and unrealistic expectations we have of one another. I’ve witnessed newer generations taking a considerable amount of flak from older women who consider them “weak” or too sensitive or self-absorbed.

One glaring example is millennial Olympic gymnast Simone Biles, who recently opened up about the sexual and mental abuse she suffered at the hands of Olympic doctor Larry Nassar and the mental health challenges that resulted. As a seven-time Olympic medalist and the most decorated gymnast in World Championships history, she was relentlessly pressured to live up to the GOAT (Greatest of All Time) status, even amidst a mental health crisis. She chose to withdraw from the team competition, citing her mental health and was relentlessly criticized and verbally attacked. Most of that criticism came from older generations.

Young women like Biles should be seen as brave and be celebrated for their honesty, courage and transparency in prioritizing their mental health—not ridiculed. Just because you could not, does not mean they should not.

In the reverse, I have witnessed young women berate, judge and heavily criticize older generations of women who have historically, and even today, not prioritized mental health in the same fashion. Instead of judging, I challenge young women to consider historical context, the options these women had or didn’t have, and appreciate that without them enduring these spacings, there may not be the opportunity for you to pick up the torch and raise the bar today.

From childhood, having grown up with helicopter parents in more child-centric homes, millennials were far more vocally empowered—and Gen Z is even more so– than preceding generations. For this reason and others, younger generations of women tend to be bolder, far more boisterous, and verbally intolerant of what previous generations of women may see as par for the course.

Take this generation of women on the U.S. Women's National Soccer team, for example. There may have been a time where women were just grateful to have a professional soccer team and the opportunity to do what they loved for a living. Not this generation of soccer women.

After a lengthy legal dispute dating back to 2016, the U.S. Women’s National Soccer team finally reached a proposed settlement in its class-action equal pay lawsuit against the U.S. Soccer Federation, refusing to “be quiet” until equity was reached. Millennial Olympic runner Allyson Felix is yet another example of a woman of this generation who boldly advocated for herself against one of the largest sports brands in the world to secure maternity protections for female athletes.

For their boldness and refusal to be quiet, these empowered younger women are often labeled ‘spoiled,’ ‘entitled,’ or ‘lazy’ by older generations. But these women should inspire those who previously had their voices silenced and make them proud. We can also learn from them how to say ‘no,’ how to set and enforce boundaries, and so much more.

But younger generations of women need to remember that generations of women have effectively advocated for themselves and others far before they came along, during a time it was far more taboo. When it meant treading lightly and navigating the constant minefields of a pro-male workplace. And even in the case that they did not speak up, their mere presence alone was a protest that you and I benefit from today. Younger women must give appreciation to previous generations of these female leaders whose seeming tolerance and reservation made space for newer generations of women to be much more bold and boisterous today.

New generations of women place great value on being able to be their true and authentic selves but are sometimes met with heavy criticism by older women or others for doing so. Authenticity is something previous generations of women struggled with due to the pressure to conform.

This was something enforced in male-dominated companies and society as a whole, and still remains today. Sadly, this norm of sexism, misogyny, and male superiority is consciously and subconsciously upheld, in part, by women. When we limit the amount of authenticity acceptable for a woman to bring to work or other spaces, simply because it’s historically been unacceptable, we are upholding the very 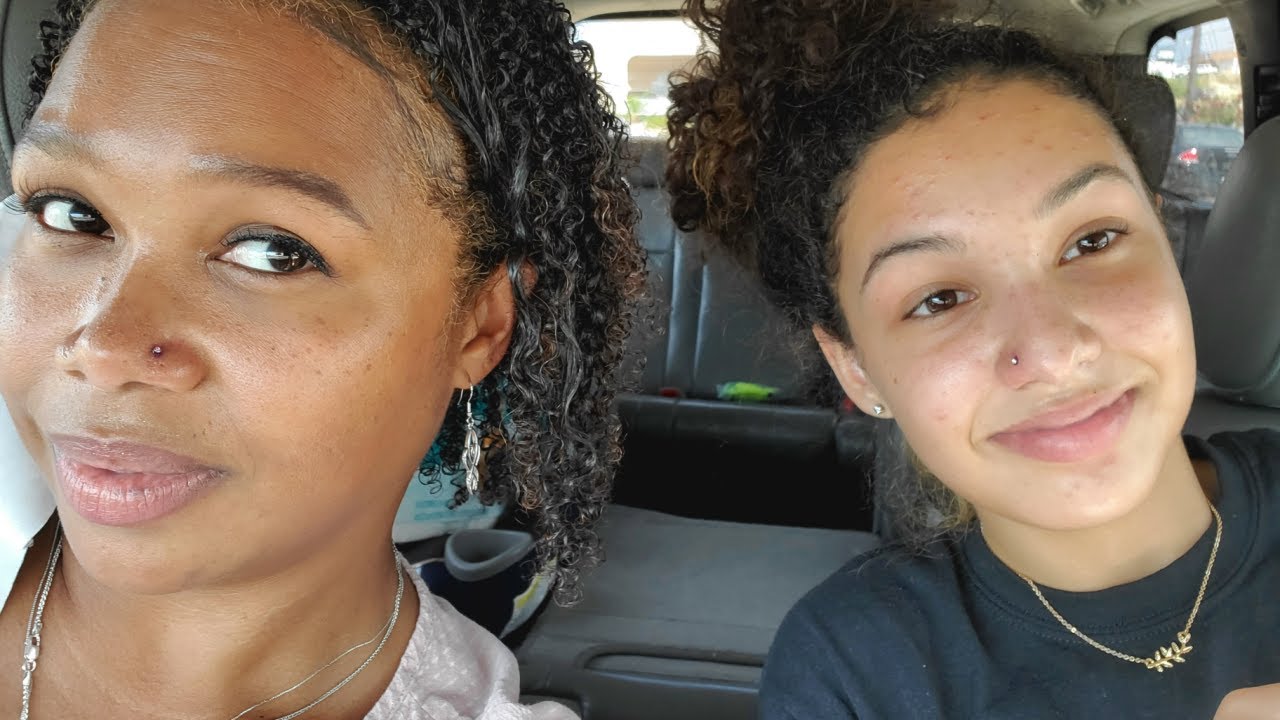 oppression that has harmed us. This next generation of women are challenging that in full and we, as women who have come before them, should support them in doing so. From outward appearances, such as clothing, hairstyles, or tattoos, to their choice to have a career over motherhood, or a non-traditional romantic relationship.

Again, young women must also acknowledge and appreciate the women who’ve created the space for them to do so. Women like Beth Ford, the first openly gay female Baby Boomer to become CEO of Fortune 500 company, Land-O-Lakes have also paved the way toward authenticity. She says it’s a privilege to be where she is today, and doing her best is about having representation. Another example is Deborah Batts, a Black female Baby Boomer, who was the first Black openly lesbian federal judge. These women and others should be admired by the young women of today and should be given their flowers. It’s because of their truth that we can now be much more open about who we are, what we want, and how we want to live.

We can also all learn from and be positively influenced by the standard of authenticity young women are ushering into workplaces and spaces traditionally deemed unacceptable.

A way forward: What generations need from each other

Much is changing. Women of all generations are embracing their voice and finding more opportunities to further themselves. We need to remember it’s not just about us as individual women; the symbiotic relationship between generations of women means our only way forward is together—particularly in the workplace.

There needs to be a shift in our perspectives.

For our more experienced generations of women, the shift must be away from the ‘I-had-to-so-you-have-to’ attitude, to the ‘I-had-to-so-you-DO-NOT-have-to.’ Just because you had sacrificed your home life for the sake of your career, for example, doesn’t mean you have to make the young woman who just joined your team do so. Consider what you wish you would have had… what you needed and try your darndest to give her that, not the trauma.

For the newer generations of women in the workplace, the shift must be away from 'because-she-didn't-I-have-to,' to 'because-she-is-and-was-I-get-to.' Moving away from a place of blame to a place of appreciation.

Secondly, there must be dialogue across generations of women that then establishes empathy. Without open, transparent dialogue, how will today's women know the sacrifices and experiences of the women who've come before them? Without knowing, how can we expect them to appreciate? Similarly, how will older generations of women understand the unique challenges and desires of today's women if not given the perspective? The burden of closing the generational gap amongst women cannot fall on just one generation. We all need to help each other see one another’s views and remain receptive to different perspectives, without assumptions, judgements, or biases.

Ladies, we need standard mentorship AND sponsorship programs across generations of women. We also need reverse mentoring programs to add reciprocal value. We need to provide cover for one another. When younger women are sacrificing their future careers by boldly disrupting the status quo and are called bossy and entitled for doing so, older women who've earned a seat at the table to challenge the language being used and amplifying her concerns. When older women are being ostracized, boxed out of position or discounted, younger women can use their empowered voices to do that same.

We have a long way to go before women fully achieve the equity and equality generations of women have sacrificed and fought for for centuries. Imposing our own generational experiences and definitions of 'normal' on other women does not help us get there. We, instead, need to unite across generations to collaborate in pursuit of our shared goal– inclusion of all women.

Black Gen Z Is Demanding More from Employers: 4 Ways to Better Support Them

Black Gen Z Is Demanding More from Employers: 4 Ways to Better Support Them