Representation: The Antidote to Unconscious Bias

We Often Hear “Representation Matters,” But Why?

When talking about diversity, equity, and inclusion in society, culture and the workplace , we often hear “representation matters”. For some, the countless reasons that make the statement true are easily recognizable.

For others, people, organizations, and companies alike, it is perhaps not as easy to understand the necessity of genuine representation. With the help of science, one University of Washington professor developed a way for us to explain why representation matters, using our own minds.

The Implicit Association Test: Where it all started

In the mid-1990s, psychology professor, Dr. Anthony Greenwald, developed one of the leading methods of mental testing—a cognitive test that measures your unconscious thoughts. The method has been reformed over the last 30 years and was later further developed to measure unconscious biases. It is widely known as the Implicit Association Test.

The Implicit Association Test (IAT) is a psychological test that reveals indirect measures of cognition by providing a glimpse into our minds through studying what we effortlessly think about. 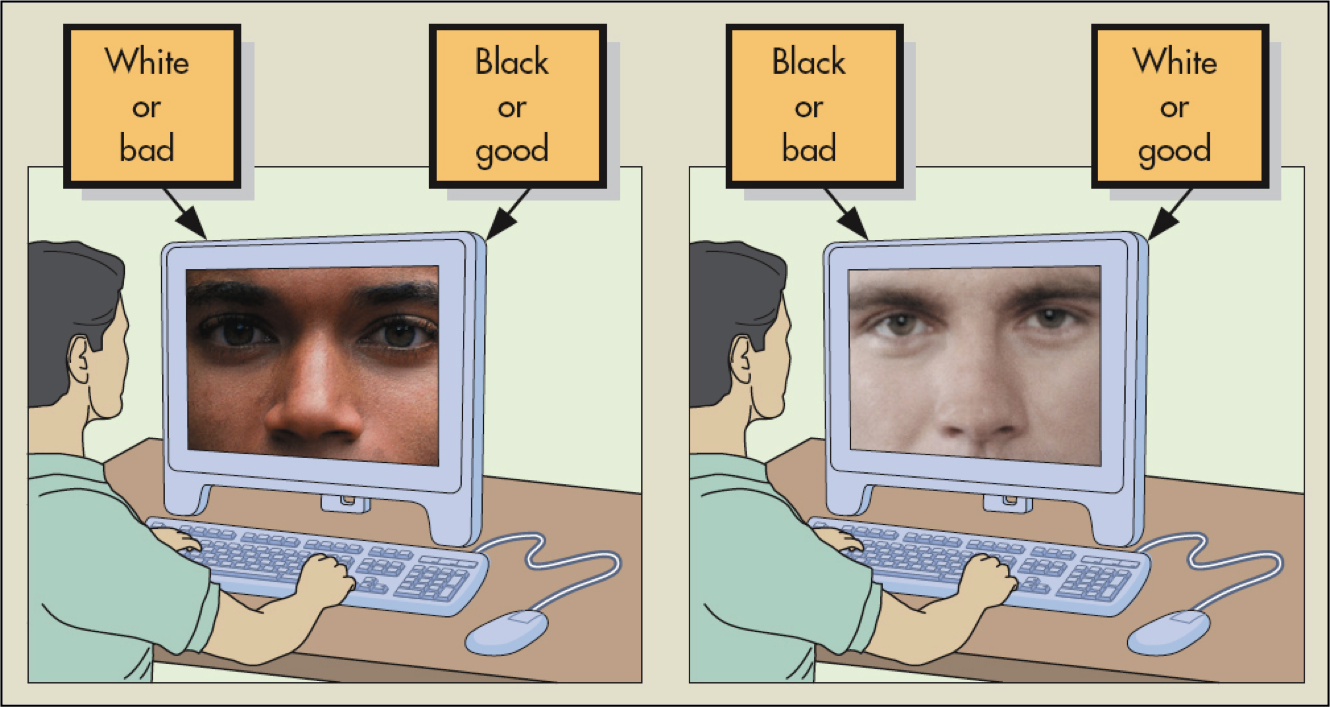 It starts by requiring the tester to group certain words with a certain demographic. The tester must follow their initial instinct by quickly pressing a key to record their answer. For example, it may ask for the tester to group career related words with common male names during Round 1. Then in Round 2, career related words and common female names must be grouped together. The test questions provoke scenarios of common misconceptions, as well as other possible realities.

Exam results are generated directly from the responses of the testers and the speed of their responses, based on their reflexes. Reflex speed as well as selected responses help to calculate the tester’s perspective about the topics and the automatic associations their brain makes with those topics.

It reveals raw, unconscious perspectives, which often uncover unconscious biases. This cognitive test doesn’t necessarily read minds, but rather lets the tester’s actions speak for themselves.

So what exactly is ‘Representation’ and ‘Unconscious Bias’?

Think about how you identify yourself. What factors and features do you measure yourself by? What characteristics do you think about when you imagine yourself? Which identifiers are most prominent in shaping your experience in the world? Now, think about how these identifiers you have are or are not represented in culture.

Seeing our identifiers appropriately reflected in society is the foundation of “representation”. Having a version of ourselves depicted in society not only affects how we think of ourselves, but it also affects how other groups think of us and engage with us. Of course these predetermined perspectives can be clear and noticeable at times like with “generational norms,” but they’re also often shown through stereotypes and unconscious biases.

These unconscious or implicit biases, which Greenwald called “mindbugs,” are preferences in favor of or against a thing, person, or group compared with another often held without us even noticing. It’s a concept that says humans naturally connect certain information with individuals based on certain identifiers, subconsciously. Whether it be by relating certain attributes to specific genders or certain behaviors to specific races, people will automatically form associations between factors based on what they have or have not been exposed to. That includes accurate representation amongst other factors

This type of unintentional grouping isn’t detected through verbal announcement or testimony, so it can often go unidentified and unchecked. Through the use of science, the IAT helps us  identify our unconscious biases, in order to begin combating them.  The combat begins with a little help from representation.

IAT Revealed “Mindbugs” now how do we fix them:

Dr. Greenwald’s and his partner, Harvard psychologist Dr. Mahzarin Banaji’s, research showed that unconscious biases are not simply reversed by a conscious decision to redirect that exposure. Their studies revealed that simply taking the test to understand where one has an unconscious bias didn’t have a simple fix. They experimented with countless efforts to “outsmart” the test by trying an array of theories and methods for solutions.

In his book, Blindspot, Greenwald explained one attempt at a solution was to use the blinding method. The blinding method says that in selection scenarios, such as auditions or job interviews, the decision maker(s) should not see the candidates they are selecting from. It requires the decision makers to create a sense of blindness in ways such as using a divider or even an actual blindfold. Another scenario is removing first names from job applications, so that gender isn’t as easily detected. But Greenwald’s studies showed that even these methods wouldn’t work in every situation, and in fact, there were often other factors that revealed traits that spark “mindbugs.”

The scenarios aren’t limited to auditions and interviews. The blinding strategy couldn’t be extended to most other situations where mindbugs can lead to discrimination, such as in health care, criminal justice, and affordable housing. Their conclusion was that creating an atmosphere of anonymity in order to combat negative implicit bias is not effective in situations where face-to-face meetings are necessary.

Greenwald wrote that outsmarting mindbugs required, “awareness, a desire to improve, and a method for improving.”

After taking several IATs numerous times and seeing the same results of her unconscious biases, Dr. Banaji used her desire to improve to seek out a different method. She actively studied individuals doing what her mind identified as rare actions—actions that countered whatever unforeseen stereotype she internally had. Said differently, she actively sought diverse representation.

One example exercise that Dr. Banaji tried was she swapped out the screensaver on a regularly used computer. Every day, she would rotate a slideshow of positive images—a collage of different people doing actions that broke the originally perceived status quo. A Black pilot. A woman physician. A trans model. A paraplegic athlete.

Whether the photo was seen with intent or if it was only glanced at in passing, it provided exposure needed to combat what Dr. Banaji’s brain had previously been associated with certain people. This proactive redirection exercise is one of many ways one can seek to affect their unconscious bias through representation.

Dr. Banaji and Dr. Greenwald’s studies showed results on a short term basis, but recent reports in 2016 show that Americans’ attitudes are also becoming less biased over time. Banaji’s screensaver exercise is a great way to promote representation on an individual level, but these longer lasting strides in our collective attitudes require exposure to representation on a much larger scale.

Absorb Representation and Combat Implicit Bias in Your Life

So, what should you be thinking about doing in light of this compelling scientific case for representation?

In your media consumption - What and who we see on TV, in films and in the media is, of course, an irreplaceable aspect of regulating representation. The stories we read, the documentaries we watch. All of these present opportunities for us to expose ourselves to representation that counters our biases.

In your educational resources - Exploring readings from a diverse author list can add to the variety in voices and realities versus perspectives that we learn from. It’s a way of seeking to learn more about reality by choosing to learn from a group outside of what we already identify with. 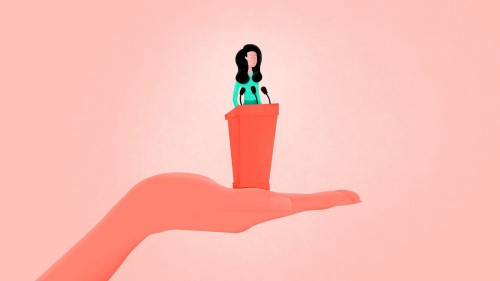 In the speakers and trainers you hire at work - It’s so important to recognize the strength of Speaker Diversity in panels and platforms. For both organized events as well as smaller group meetings, seeing diverse representation from the “voice of the night” provides a larger opportunity to actually connect with an audience. There’s a responsibility of reaching channels of representation at both an organizational level and individual level. While organizations and corporations should be responsible for creating speaker diversity opportunities, there are ways individuals can provide a boost.

By taking the test, step one of becoming more aware of your biases is already underway. Through exposure and experience with accurate representation, we not only allow ourselves to recognize implicit biases, but we can attempt to counteract them, the prejudices attached, and the harm they do.

Dr. Greenwald’s work on the IAT has evolved into a method used for testing unwarranted realities across genres and topics. In 2011, Dr. Bethany Teachman and Dr. Matt Nock launched “Project Implicit Health” with intent to make Dr. Greenwald’s studies more accessible and put them to use. It’s a non-profit organization whose mission is to educate the public about bias and to provide a “virtual laboratory” for collecting data.

Project Implicit offers an array of IATs to the public for free use. In return for free resources, a tester’s responses are sent to be used in the organization’s on-going research. The testing topics involve measuring gender and race, and now many other types of groups are available as well.

For years, the test results regularly showed that the majority of testers had an unconscious bias. Furthermore, the research revealed that even an actively unbiased person holds on to stereotypic images of what identifiers connect a person to a group.