Being inclusive is a lifelong journey, and I’m committed to consistently occupying the learner’s seat — listening, observing, and absorbing new and more thoughtful ways to communicate and behave. A part of my journey to inclusion is being intentional about using inclusive language.

As a society, we’re at a critical inflection point. There is a more heightened sense of awareness about the myriad of injustices that exist around the world. While inclusion-focused initiatives are critical to solving these injustices at a structural level, exhibiting inclusive behavior and using inclusive language is essential for authentic, sustainable change at an interpersonal level.

The truth is our words are a powerful tool that can uplift, support, engage, and empower others. They can also disengage, offend, disrespect, and exclude others.

“If we don’t intentionally include, we unintentionally exclude. The power of diversity thrives in a culture of inclusion.”  — Corey L. Jamison and Frederick A. Miller.

With this in mind, I’ve chosen these five non-inclusive words to work to eliminate from my vernacular this year.

We hear, learn, and adopt words or slang terms that can have different meanings throughout our lives. Sadly, once words like these five get used out of context or irresponsibly, people are impacted. 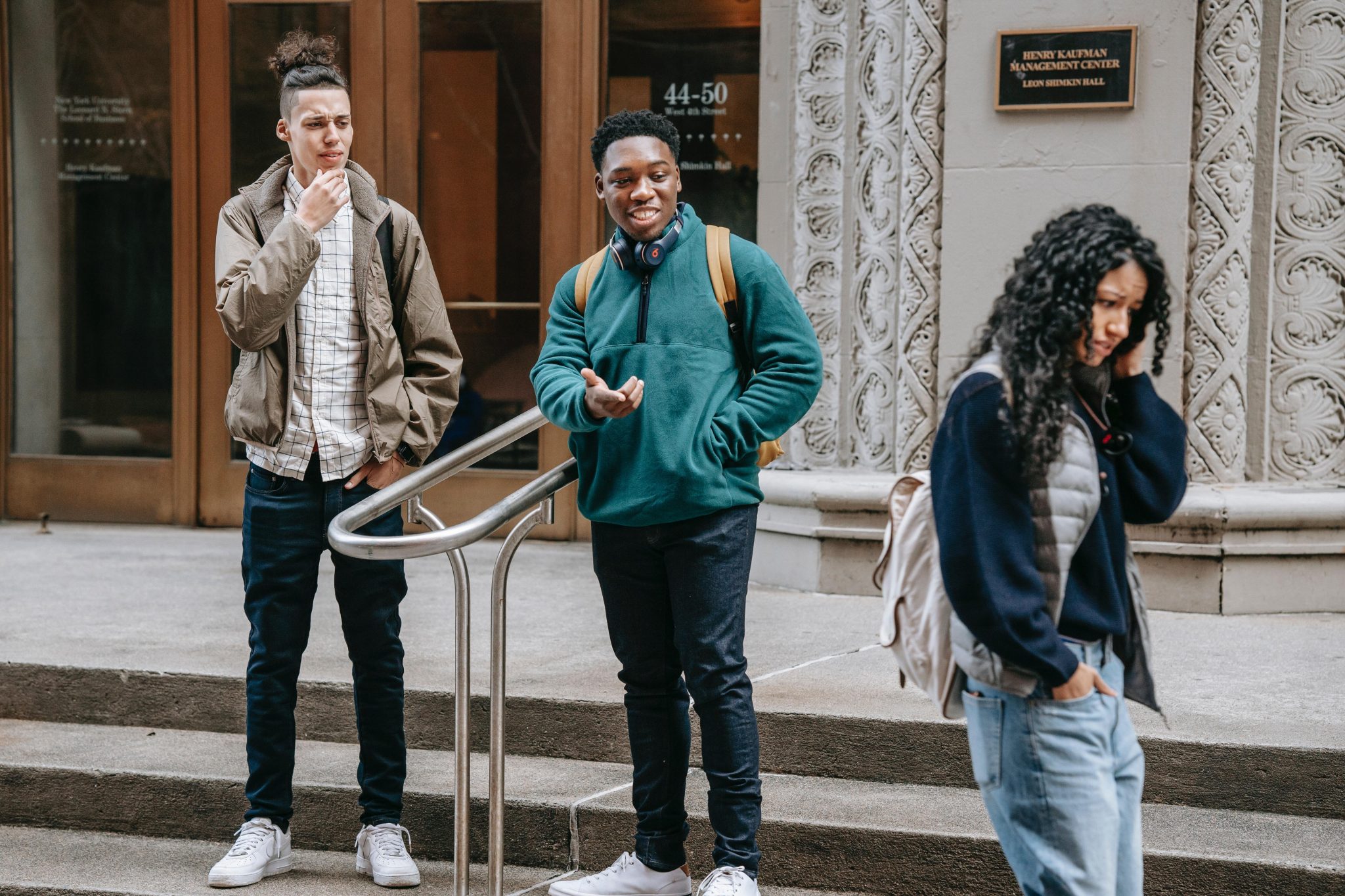 At one point or another, the words, ‘that’s so lame,’ or ‘they’re so lame,’ have been uttered, with little thought to the impact. This word has morphed over the years, going from referring to someone as crippled and unable to walk to someone or something being awkward, dull, stupid, or uninteresting. As I continue to read and learn about the experiences and perspectives of others, I’ve learned that the term “lame” can be seen and felt as being ableist. It can be a reminder of its original, derogatory meaning for persons with disabilities, as it was once used to label and imply that persons with disabilities are not functioning properly and are inferior to those without a physical disability.

Instead of using the word “lame,” going forward, I’ll be using other terms like whack, not cool, boring, mundane, awkward, or uninteresting.

Many of us (myself included) have said, ‘that’s insane’ or ‘you’re crazy’ when referring to something or someone out of the ordinary, shocking, or outrageous. On the surface, it may not seem overtly menacing or offensive, but these words stigmatize individuals with mental illness and create a feeling of shame. With the prevalence of mental health diagnoses like anxiety and depression or other diagnoses, these terms are disparaging and can minimize mental illness. They can reinforce the idea that every person with mental illness has compromised normal perception, behavior, or social interaction.

The word ‘guys’ originally referred to more than one male. But today, it’s used daily to refer to a group of people. This issue is “guys” is not gender-neutral, although we often use it as such, and can exclude members of the LGBTQIA+ (lesbian, gay, bi-sexual, transgender, queer, intersex, asexual +) community and women. Many, therefore, assert it’s time to strike this from our vocabulary because it’s a subtle gender-exclusive linguistic cue that can make women and those identifying as LGBTQ feel ostracized or excluded. It seems to me, the best course of action is to use inclusive language that in no way creates the potential to offend or exclusion of others.

Going forward, instead of saying ‘guys,’ I’ll be using inclusive and precise words such as friends, folks, you all, everyone, team, or colleagues.

At home or out in the community, we might refer to family or a close-knit group as our ‘tribe.’ While we may not mean anything derogatory, it’s important to know the history behind this word, as we use it. Tribe was primarily used throughout history to refer to African or Native American tribes of people and, in some cases, was even associated with primitiveness and often implied ‘savage.’ The word ‘tribe’ reflects a widespread but outdated 19th-century social theory. Under U.S. law, it’s a bureaucratic term that refers to the Native American community and benefits under treaties and laws. Through my reading, I’ve learned that this word creates segregation, alienation, and displacement, based on differences rather than increasing the sense of inclusiveness. Our popular culture use of the word can be appropriating to Indigenous culture. With this word having such a significant and negative connotation, better options should be used.

You may not have heard the terms person-first vs. identity-first language, but many of us use it every day without realizing it — and it can be very damaging to others.

Identify-first language focuses on a person’s heritage, diagnosis, disability, or other characteristics. This item is put first, ahead of their person.

Person-first language places people ahead of their ethnicity, gender, color, diagnosis, or other distinguishing and defining descriptors.

Here are examples of person-first vs. identity-first language. Which sounds and feels more inclusive?

The second phrase puts the focus on Joan and places her ancestry secondary, whereas the first phrase defines Joan by her ancestry as Native American. None of us want to be defined, segregated, excluded, or limited by our ancestry, religion, gender, color, abilities, or any other characteristics.

In 2022, I’m on a personal quest to replace the identity-first language I’ve historically used with person-first language, and I want to share a few more examples to help you on your own quest.

How we speak and the words we choose should be purposeful, with our words carefully selected. It requires us to consciously remove words that are non-inclusive — without excuses.

The Excuses We Make

We’ve all made excuses at one time or another for using non-inclusive words or phrases…and our excuses just made it easier to avoid acknowledging the need for change. Here are some examples of the excuses we make.

Most of us have likely said or heard, ‘he or she is just too sensitive’ or ‘sticks and stones will break your bones, but words will never hurt you.’ This is simply not true; words can absolutely wound….and often deeply. You might be surprised to learn, emotional pain networks in your brain overlap with physical pain networks.

Maybe you’ve even said or heard someone say, ‘I didn’t mean any harm’ or ‘well, I’m not perfect.’ Whether we believe our intentions should count more than our words, they can’t — it’s only the impact of our words that can be truly measured.

What Will Your 5 Non-Inclusive Words Be?

Whether it’s at home, work, in our communities, or in society, non-inclusive words are everywhere. I challenge you to pick five you currently use on a regular basis and work to eliminate them from your vocabulary this year and going forward. Here’s a list of other possible non-inclusive words to eliminate as you start a fresh chapter in 2022 — or if you choose, you can use my five words.

“I think someday we’ll be able to measure the power of words. They are things. They get on the walls, they get in your wallpaper. They get in your rugs, your upholstery, and your clothes, and finally, into you.” — Maya Angelou.

When you’re choosing your words or phrases, here are two tips that will help.

Remember, becoming inclusive is a life-long journey. We should never stop learning or working to change our language for the sake of making someone else feel seen, respected, and included. If we want to feel like we belong, it’s a small ask to do what we can to allow others the same courtesy.